Mixed media: laser-cut wood, acrylic, resin, & soap
Hybrid is a project inspired by the idea of a fictional civilization. Based on a fusion of cultures I've personally been influenced by, the abstract geometric patterns and embellishments are a representation of my unique culture. Suspended on a clear shelf, the engraved wooden objects allude to ancient artefacts displayed in glass cases in museums. The glints of blue and gleaming reflections suggest a futuristic origin, along with the unusual material of soap forming crystal-like foreign rocks. It is a mixture of reality and fiction, of culture and non-existing culture, of ancient and futuristic.
This piece was exhibited at the BA Fine Arts Degree Show 2015, at Chelsea College of Art & Design. 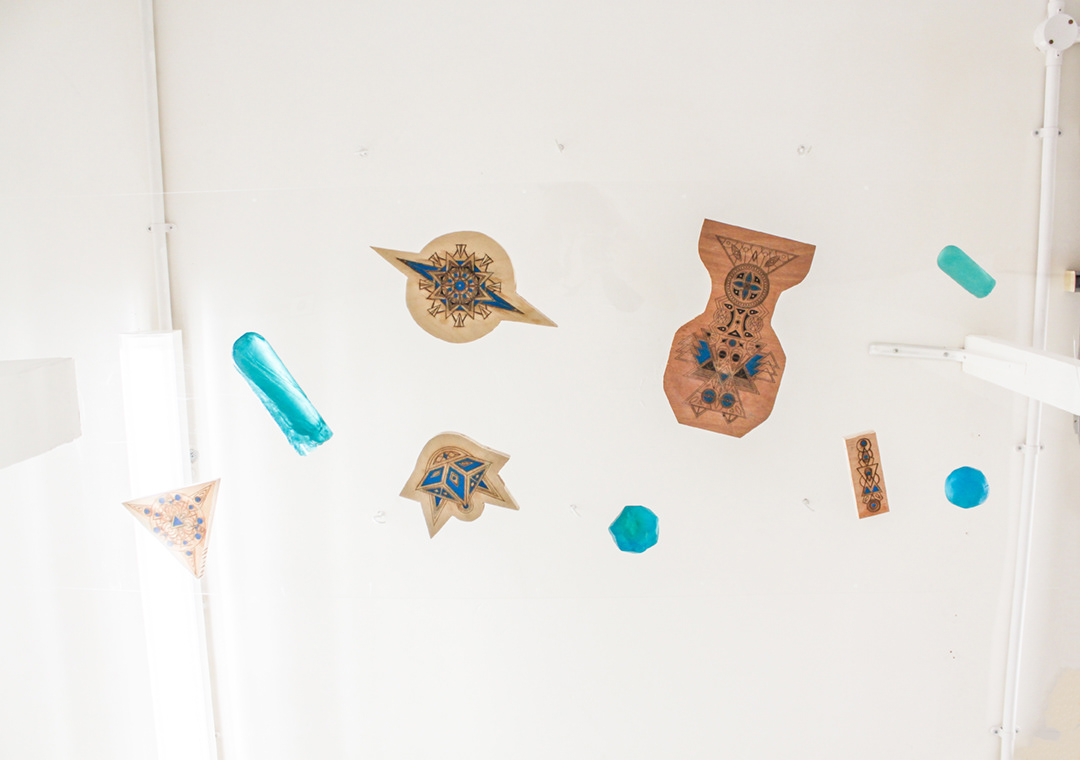 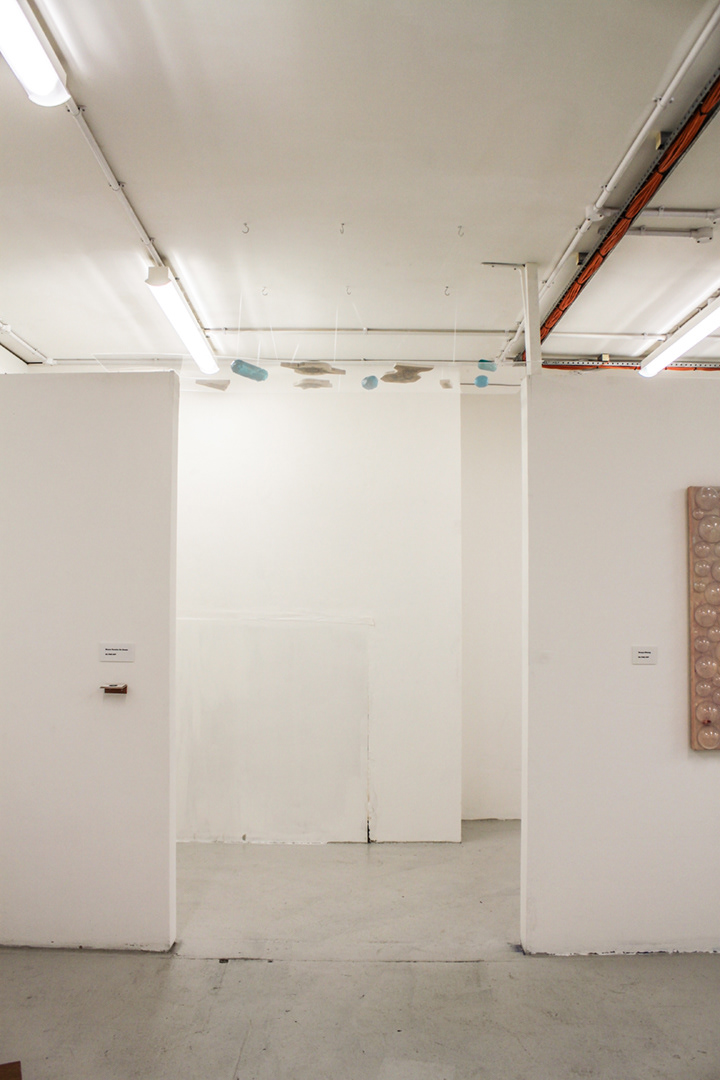 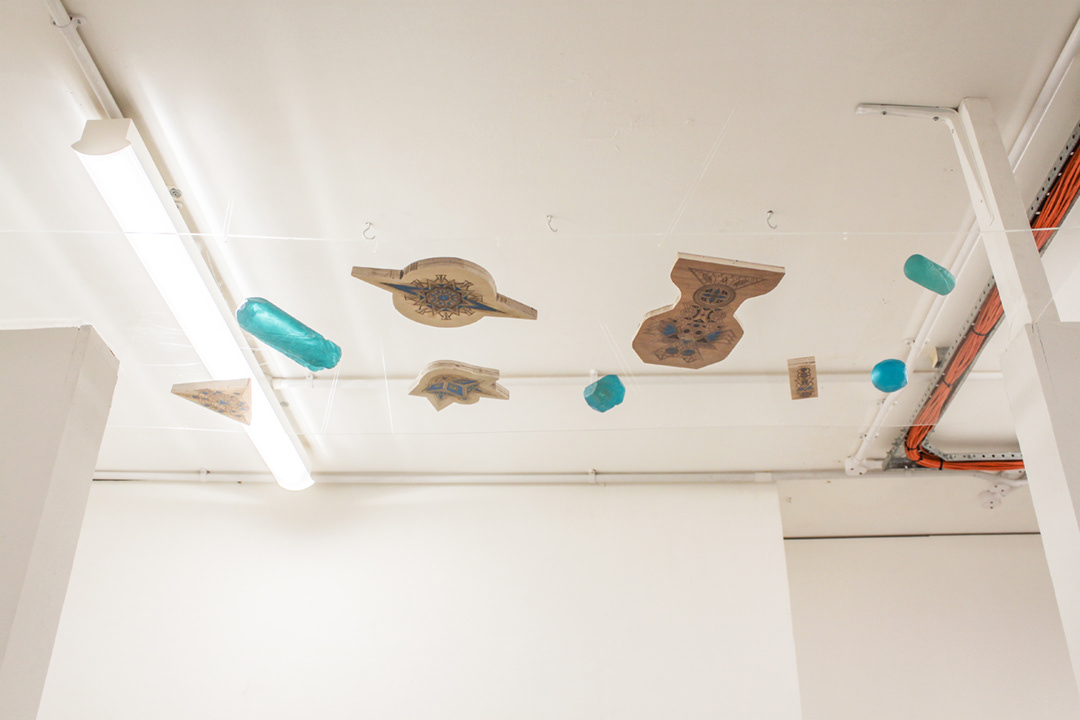 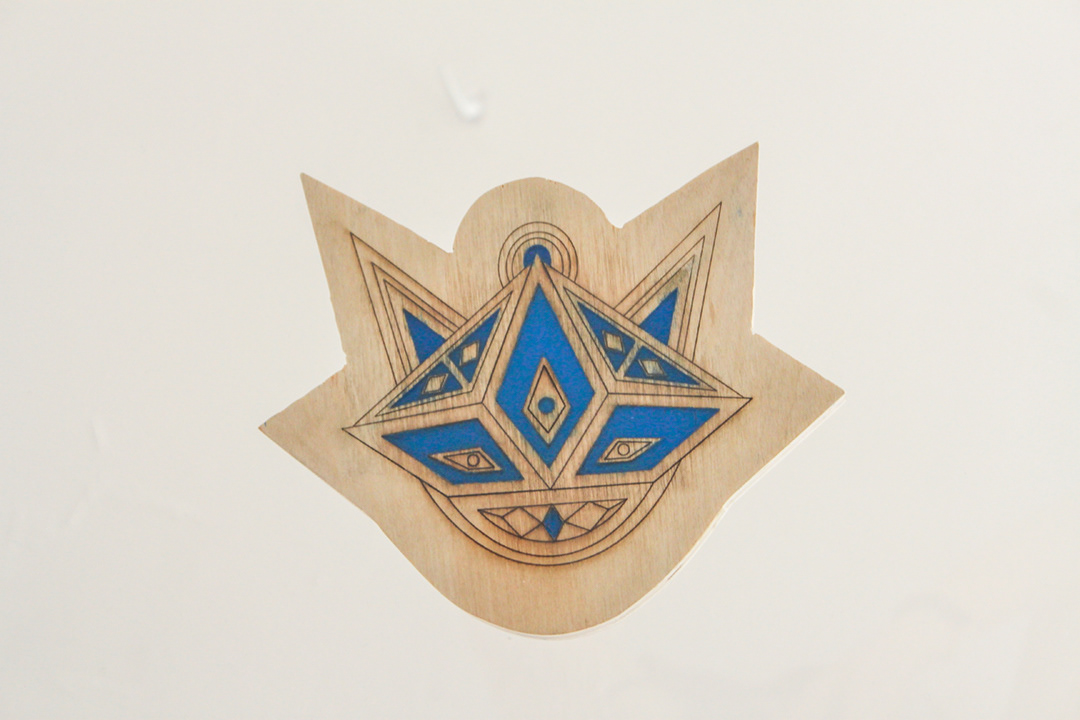 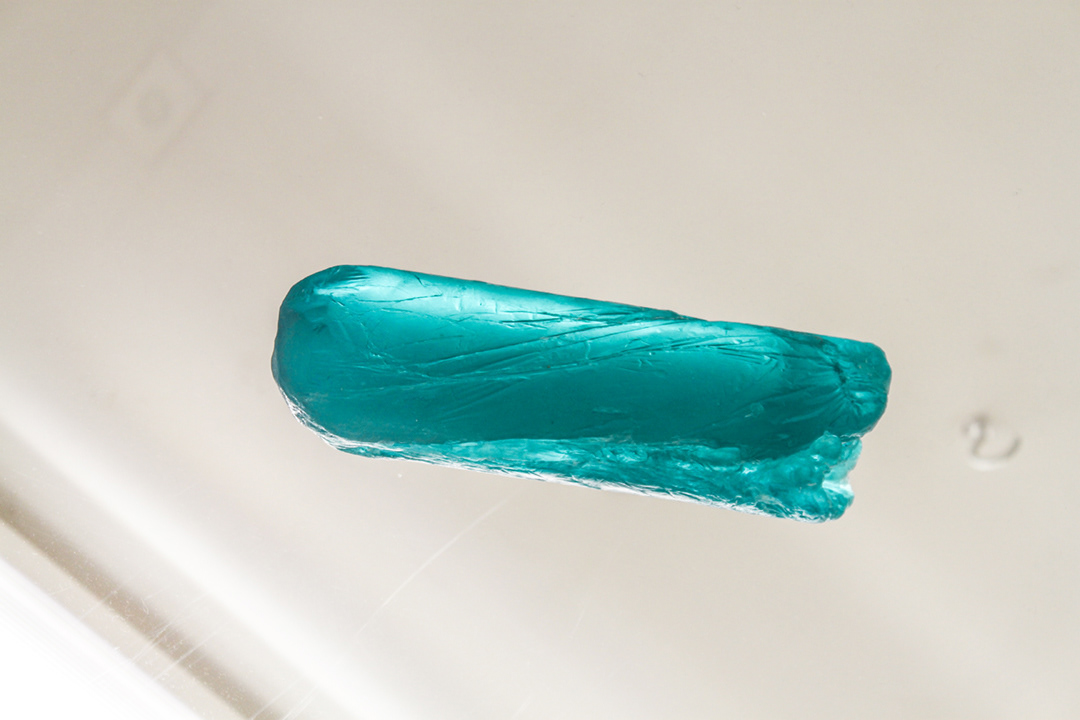 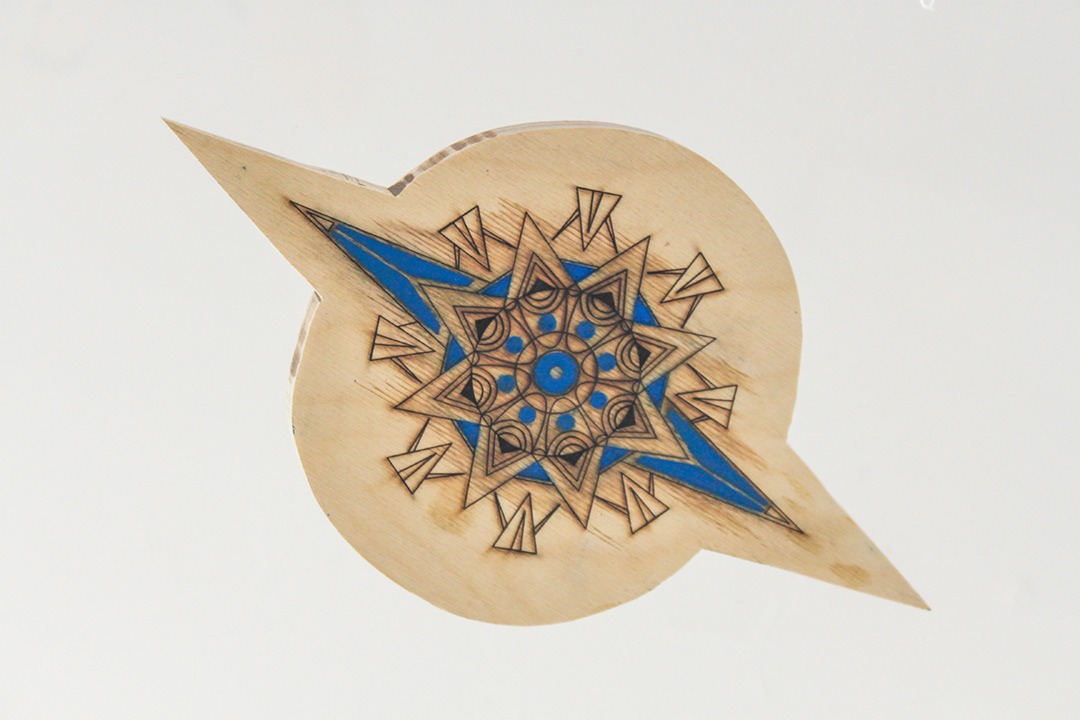 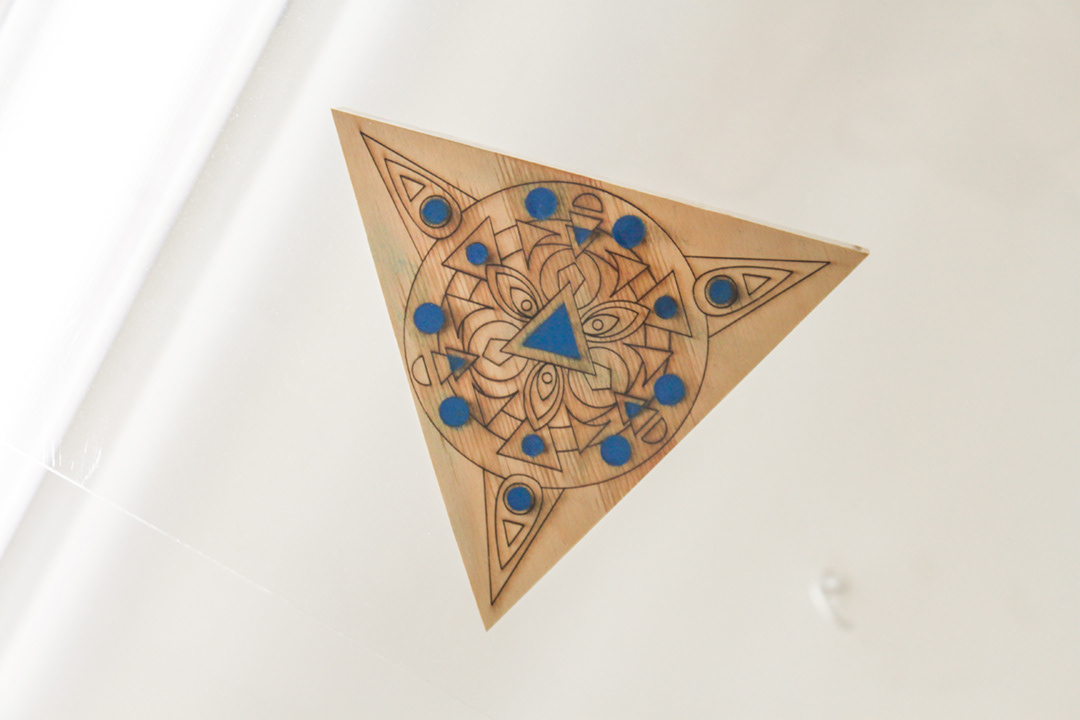 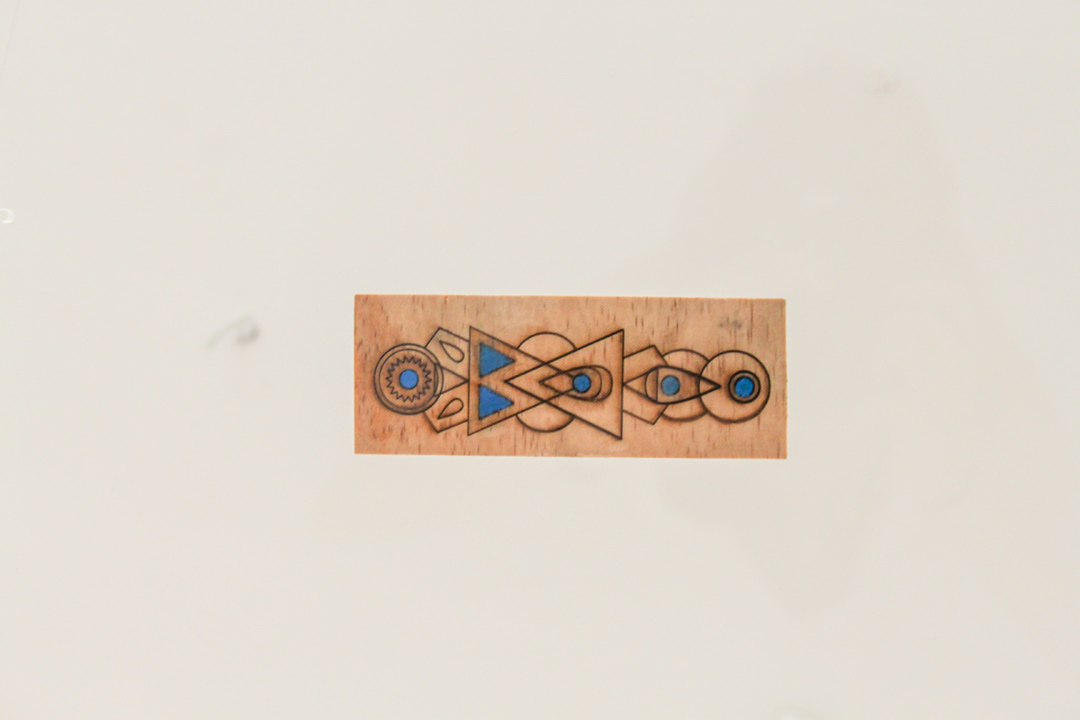 This website stores cookies on your computer. These cookies are used to collect information we use in order to improve and customize your browsing experience. Accept